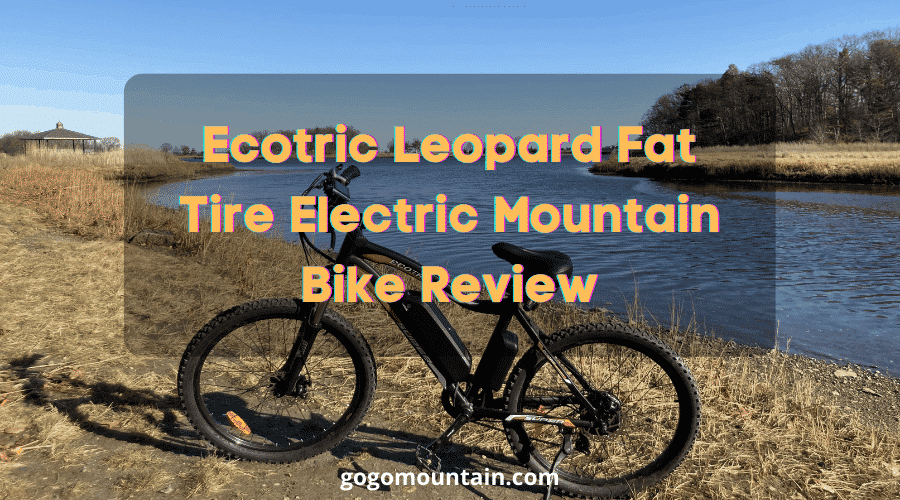 One is the Ecotric Leopard Fat Tire Electric Mountain Bike. It boasts both speed and power, along with a few safety features. You can take it off-roading on the weekend and use it for your daily commute on workdays.

Like any other e-bike from Ecotric, there’s a lot to like about this fat tire electric bike.

However, before you spend your money you want to make sure it’s the right model for you. Here’s what you need to know about the Ecotric Leopard Fat Tire Electric Mountain Bike
[toc] 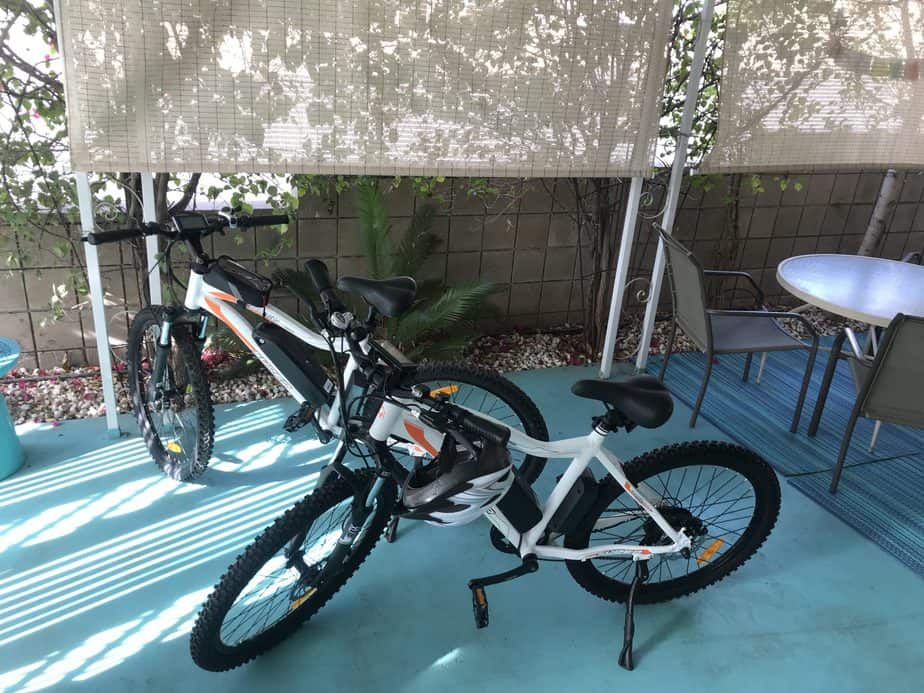 One of the first things you’ll notice is that it’s a stylish off-road e-bike. It has a smooth, timeless design that appeals to almost everyone.

While you want a great looking electric mountain bike, it’s not the only thing to consider.

Traditional and electric mountain bikes have one thing riders want in common, a lightweight and durable frame.

The Leopard Fat Tire Electric Mountain Bike only weighs 55lbs, including the battery. If the worst happens and you have to push the e-bike, you won’t have a problem.

The aluminum alloy frame is not only lightweight, but it’s also durable. The material is rust-resistant and can withstand rigorous trails and urban streets. Rocks, speed bumps, and potholes won’t bend or weaken the frame.

You also won’t feel the bumps, thanks to the shock-absorbing suspension. 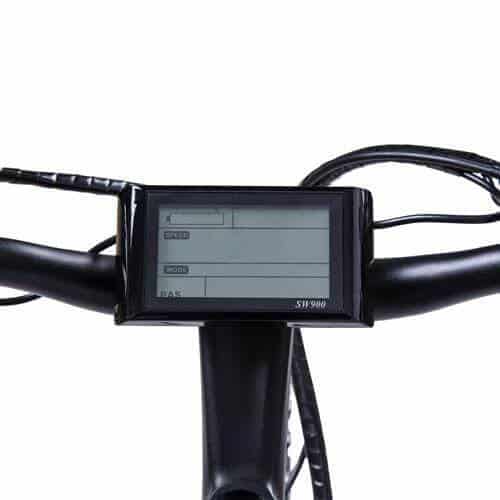 The Leopard e-bike from Ecotric is a versatile bicycle. It has the power and speed to tackle urban and off-road terrain.

It comes with a 500W rear hub motor that powers the Shimano 7-gear derailleur. With pedal-assist on-demand throttle, you won’t have problems making it up steep city streets or rocky hills.

Along with the ability to reach speeds up to 20mph with the motor engaged, the e-bike also boasts a 36V battery. With a battery life of up to 600 cycles, you won’t have to replace it often.

Depending on how often you engage the engine, you can go up to 23 miles before it needs to be recharged. It does take 5-8 hours to charge, which is standard for most e-bike batteries.

On and Off-Road Safety

It doesn’t matter if you’re on the street or an off-road trail, safety is always a priority. Ecotric thought of that when they designed the Leopard Fat Tire E-bike.

The 26″ x 2.35″ fat tires are ideal on soft, loose terrain and hard-packed surfaces. You’ll get plenty of stability and traction, regardless of the surface you’re covering.

A digital speed sensor on the handlebars lets you know battery power, speed, and distance covered.

You also have a front and rear braking system so stopping on slick surfaces won’t faze this e-bike. Both wheels come with mechanical disc 160mm rotor brakes so you have plenty of control on your rides.

How to Choose an Electric Mountain Bike

Where you usually ride determines what you need in an off-road e-bike. Not all off-road trails are the same, and this applies to electric bikes.

Not everyone plans to stick to trail riding, others use their e-bikes to commute through the city. One fat tire e-bike can do both, as long as it comes with what you need to safely ride. 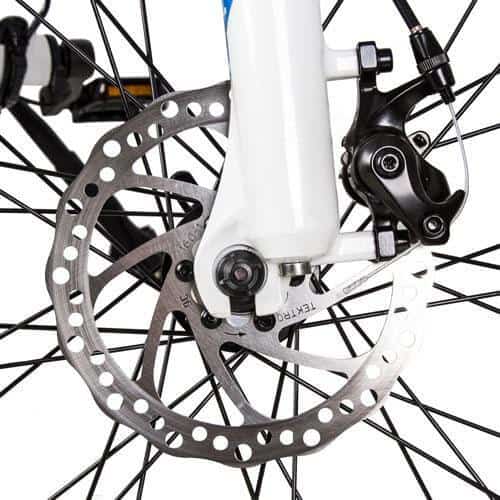 Anyone that lives in a hilly area or location with mountains knows that going downhill is a lot of fun, but it can also be dangerous. Brakes are vital, whether you’re on a mountain camping trip or biking downhill to get to work.

Three types of brakes are commonly found on top-rated e-bikes that include, SRAM, Magura, or Shimano. You want to look for 160mm disc rotors and higher. 180mm disc rotor brakes are recommended, but you will pay a little extra for the electric off-road bike.

Fat tire e-bikes are best suited for multiple types of terrain. You get traction on all surfaces. Sand, snow, loose gravel, and hard surfaces aren’t a problem for the tires. The wider tires also give you a little extra stability. 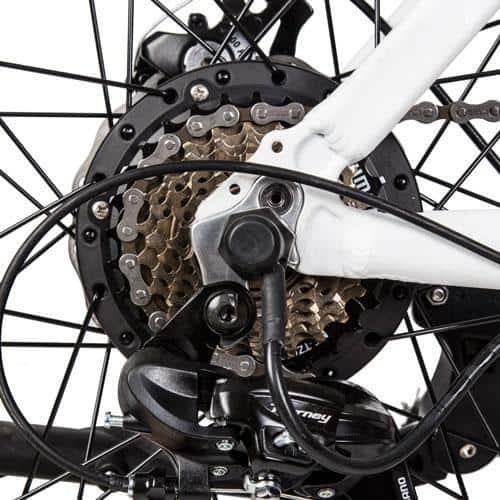 Tire sizes vary, even when they’re labeled as “fat tires”. Wider is better, around 4″, but there are other options.

Narrower tires around 26.5″-27.5″ give you plenty of traction but do reduce your speed on some surfaces. Wider tires have a better grip on the terrain for faster speeds.

They also make the e-bike easier to control. However, even with 26.5″ fat tires, you’ll still have plenty of speed and control.

You do have pedals on an off-road e-bike, but it also comes with a battery. The battery provides power to the motor, which gives an extra push when you’re struggling up a hill or carrying a heavy load.

There are two things to look for in an e-bike battery. The first is the size, and the second is how long it lasts. If the battery only runs for a few miles, you’ll want to shorten your off-road expedition.

Larger batteries are heavier, but they also provide more power. If there are plenty of steep climbs in the city or off-road, err on the side of caution and choose a bigger battery. Anything from 400W-700W will get you up the steepest hills.

Where you’re riding the electric bike and how much assistance you use determines battery life. When you use the motor with the pedals, you’re draining the battery.

It also applies when the ground is rugged or uphill. Most e-bike batteries are rated for 20-27 miles. If you’re planning on using the motor often or riding over rough terrain, go for the largest battery you can comfortably afford. 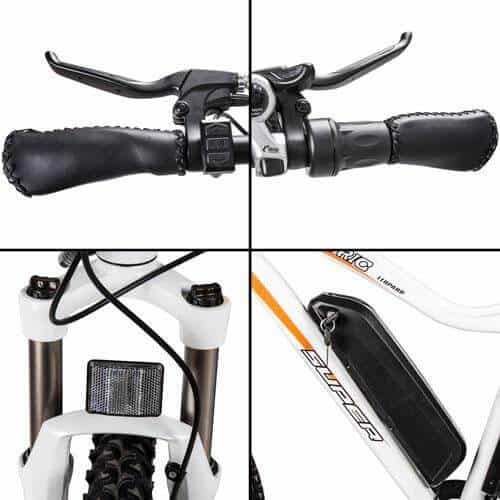 Electric mountain bikes aren’t any different from other bicycles. There are always extra features that are convenient and nice to have.

One is a front and rear fender. Not only does this add to the e-bike’s appearance, but it also protects you from mud and water. Surprisingly, fenders aren’t standard on all electric mountain bikes.

It doesn’t matter if the e-bike is used off-road or in town, there’s always something to carry. Some e-bikes come with the option of adding a rack, usually on the rear fender.

It’s perfect for hauling groceries and camping gear. You can also strap your briefcase down on your way and from work.

You might not think a display is an important feature. When your battery dies in the middle of the trail or on your way to work, you’ll wish you had one.

The small display is attached to the handlebars, typically LED for easy readability. The display lets you know the distance traveled, along with your speed. It also tracks battery life so you know what it’s time to recharge.

How to Ride an Electric Mountain Bike

Riding an off-road electric bike is different than hopping on a regular bicycle. There’s a motor to consider, and some e-bikes come with a throttle. Suddenly you have more power than what you’re generating with the pedals. Here are five tips that will help you ride safely. 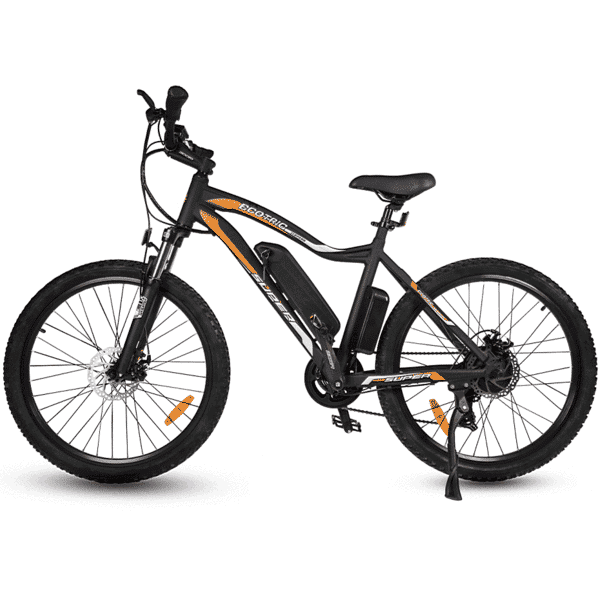 The Ecotric Leopard Fat Tire Mountain Bike gives you both power and speed. It has an attractive design and comes at an affordable price. Best of all, it’s a versatile e-bike ideal for family camping trips and city commutes.

Whether you want an eco-friendly way to get around town or something for your next outdoor adventure, take a minute to look at the Leopard Fat Tire Electric Mountain Bike.

Thanks for stopping by gogomountain.com and reading out Ecotric Leopard Fat Tire Electric Mountain Bike Review.

Remember bookmark our blog and pop by again 🙂 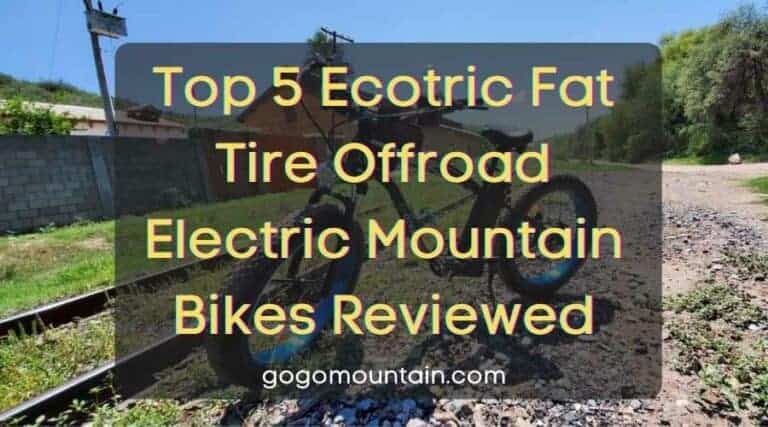 Share the loveIn this 5 Best ECOTRIC Fat Tire Offroad Electric Mountain Bikes review, I have reviewed some ‘VERY’ expensive Electric Offroad Mountain Bikes in other posts but spending a few thousand bucks on a bike, even if it is electric is not an option for a large portion of the e-bike market. ECOTRIC has…

Share the loveIf you’re a professional or recreational Hunter then you will love today’s review of the incredible BAKCOU Electric  Mountain Bike which has been designed for Hunters.  Electric bikes have come a long way in recent years and this beast will blow your mind. It can haul a trailer with all your gear and… 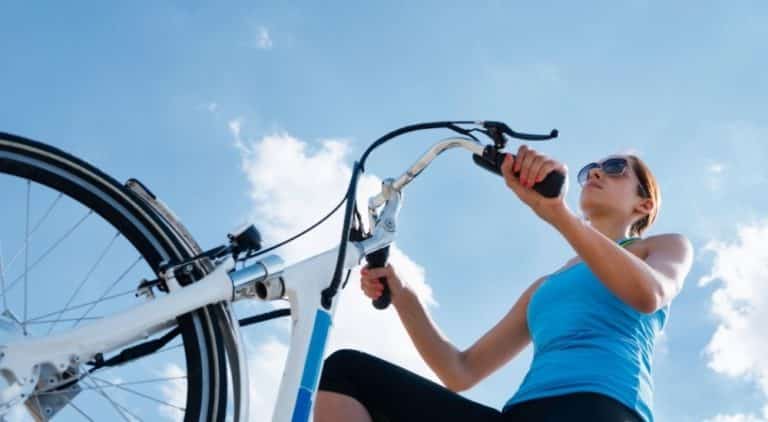 Share the loveThe best electric bikes under $2000 feature multiple gears and multiple riding modes. From free pedaling to pedaling assist and full electric cycling, these bikes offer the right power for the right situation. Electric bikes make cycling easier. They can be used by those with knee pain, arthritis, the elderly, or for those… 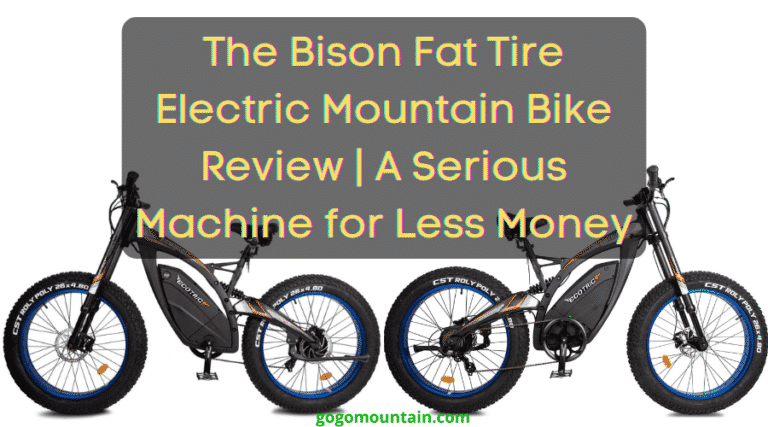 Share the loveIf you are on the lookout for a feature-laden fat tire electric bike, then you’ll want to read on this ECOTRIC Bison review. If you want to know more about this ebike, we’ve gathered a detailed guide on the ECOTRIC Bison Fat Tire Electric Mountain Bike. Why We Like This Ebike 1. Excellent… 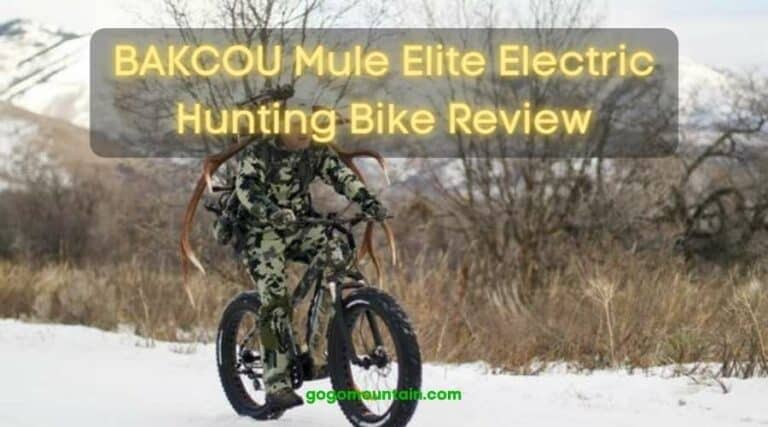 Share the loveIn this BAKCOU Mule Elite Electric Hunting Bike review, you’ll learn what you need to know about these powerful offroad electric mountain bike. Electric hunting bikes are coming to the attention for hunters because it’s a fast vehicle for you to get to the site. It runs in near silence thanks to the electric-powered… 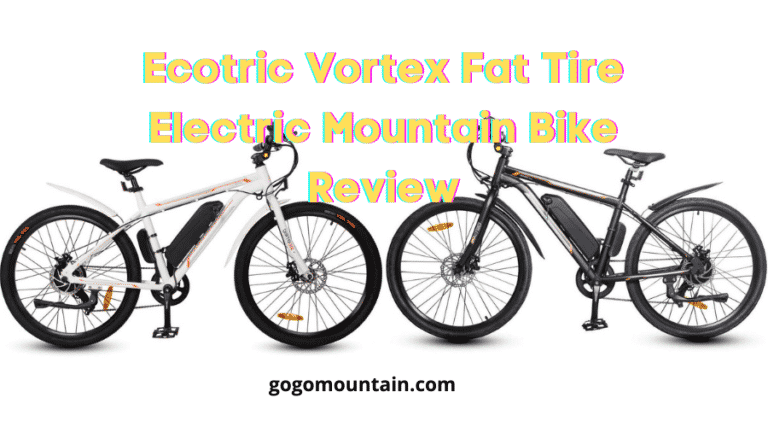 Share the loveStylish and affordable perfectly describes the Ecotric Vortex Fat Tire Electric Mountain Bike. It comes with your choice of a white or black frame and it’s one of the manufacturer’s lowest-priced e-bikes. It has a classic design, a sturdy frame, and a powerful motor. It’s not the fastest off-road e-bike on the market,…